Fantasy Bob's worldwide readership of 3 is revolting. 'Listen FB,' they say to a man - or woman - or whatever, 'You keep rabbiting on about middle names, or the Antarctic or Australian batting collapses but you're not dealing with the real issues. Actually, keep on about the Australian batting collapses, we like them, but all that other tosh you go on about?  Who gives a whatever?  Haven't you noticed that it's getting too close to Christmas for comfort.'

Fantasy Bob has to confess that more than ever this year his characteristically empty mind is uncharacteristically emptier than usual on the Christmas present front.  An ideas free zone.  A vacuum.  A desert.  Beyond anything previously known to science.  So much so that Mrs FB went foraging for herself last week and came back with the news that she had bought her own Christmas present from him and was marginally grateful.  Not as grateful as FB, who is thus spared hours of anxiety in posh jewellery shops whose CCTV systems focus on his shambling frame as soon as it crosses the threshold.  He is usually approached by a polite assistant who smiles welcomingly and offers to help by saying 'Just keep your hands where we can see them, buddy.'  Now that is service. 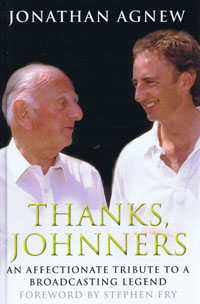 So FB is relieved of that trauma.  Mrs FB reports that she has sorted his Christmas present out too.  There is no end to the wonders of this woman.  FB expressed the hope that she had noticed that his treasured Gray Nicolls Nitro had fallen apart at the end of the season and trusted that a replacement had been commissioned. After some contemplation FB decided that the snort that followed would most likely indicate a negative.  Mrs FB later opined that if FB wanted one of these cricket bat things he would have to find it for himself.

FB is not normally compulsively competitive but he recognises a challenge when the gauntlet is thrown down and he tracked down the last Nitro Long Handle in the world, for Gray Nicolls has discontinued the line.  FB has yet to discover whether this is related to the impact of FB's endorsement of the bat on sales, or some other factor.

Anyway to return to something like the matter in hand - for those agonising over presents for cricket lovers, here is the top 3 cricket books that FB has read this year.  He recommends them all: