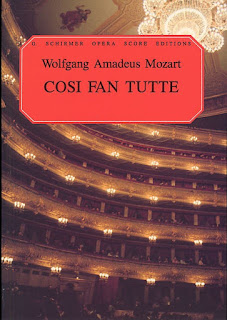 In his long and thoroughly undistinguished cricketing career, Fantasy Bob has served under a wide range of captains.  For the most part these have been amiable and admirable souls - some even verged on the competent.  Every so often however he has come across a skipper who sees the lower leagues as an opportunity to demonstrate to the world his own radical thinking - as if the world (or indeed the players under him) were taking any interest.


FB thinks of those skippers  who have tried to persuade him that to play leg spin bowling he should avoid closing his eyes;  those who have commanded him to field short leg to a bowler who has an uncertain grasp of length and have queried his taking cover behind the square leg umpire; those who invite admiration of field settings which randomly distribute all available fielders between the arc of cover and mid on and then wonder why so many runs are being scored behind the wicket.  There are even skippers so radical that they invariably bat on winning the toss.  Generally FB has found those last to be untrustworthy.


The challenges have been enormous.  But FB has faced up to them and done his best.  More than often it hasn't been good enough, but that is another story.


His brushes with radical captaincy may have left FB scarred, but he begins to think that he may have got off lightly.  Generally there has been room in the dressing room for the team, their kit and the skipper's ego.  He has never had to put up with a skipper whose conceptual thinking brings him to the view that the cricket match is an opportunity to mount his personal critique of a corrupt and corrupting political regime.  He and his team mates have never been asked to dress in Nazi or similar costume to reinforce the skipper's limp concept.  His skipper has never insisted that FB should conduct his bowling spell in the nude.  He has never been asked to bat in women's clothing, even against leg spin bowling.  Gallons of gore have never followed him being triggered LBW.  He has never had to work with a skipper who insists on acts of simulated rape or other sexual degradation at the fall of every wicket.  He has got off lightly.

FB was minded of his charmed life as he left Edinburgh's Festival Theatre last week after a production of Mozart's Cosi Fan Tutte.  For once he felt relieved to be a mere lower league cricketer and not a high flying opera singer.  For the unfortunate singers in this production were the playthings of a maniacal director who inflicted serial degradation on them as he forced the traditional froth of Mozart's opera into his dyspeptic critique of the racism and sexism underpinning Mussolini's invasion of Abbyssinia in the 1930's.  Indignity followed indignity, obscured the plot, negated the music - and the lighting design was so under powered that an appeal against the light would have convinced any umpire worth his salt to stop play.


Why? The lower league cricketer might well ask.  It is a very good question.  FB gets the point - the story of Cosi Fan Tutte has its dark side - and the manipulative character of Don Alfonso may well be a left arm over the wicket bowler.  Oh, and Mussolini was a bad guy (and not only because he had no interest in cricket).  FB gets all that - but how heavy handed does it all have to be?  One over of leg spin would have been enough - this was constant from both ends.


FB was forced to conclude that this director would have no hesitation on batting on winning the toss.
Posted by fantasy bob at 15:24 2 comments: