Fantasy Bob's practice session was going well. As he paused at the end of his run up, a visitor leisurely perambulating the Grange Loan home of the go ahead Edinburgh cricket club Carlton remarked to his companion.
'It is always one of the most inspiring sights at this time of year.'

FB puffed out his chest. He had heard his run up the wicket described in many ways. Shambling, faltering, comical? Frequently. But inspiring? Not so often. In fact, never.
Had this observant visitor finally seen the lithe athleticism to which others had been blind? Surely FB was at last gaining the reward for his many gym sessions over the winter?
The response from the eloquent visitor's companion brought him down to earth with a crash.

'Yes, those cherry trees are beautiful.'

FB overcame his disappointment with a rasping inswinger that gave the 11 year old at the other end of the net something to think about. Having thought, he blasted the ball back over FB's head.

As FB trudged off in pursuit of the ball he had time to reflect on the visitors' conversation - for the splendour of the early season cherry blossom is indeed one of the delights of Grange Loan. (Not, admittedly, if the bowler's arm is coming directly out of it....but in all other circumstances, definitely),

FB reflected on whether there was any reason why his beloved cricket ground should be so beautified by these blossoms.
For while, to the prosaic Westerner the meaning of Cherry Blossom may not get beyond the leading brand of boot polish (or shoe care products as they are now known), to the Easterner, the Japanese in particular, the cherry blossom is deeply symbolic.
The blossom, which appears and then all too quickly and sadly disappears, is an enduring metaphor for the ephemeral nature of life and is closely associated with the mono no aware cultural tradition. This term translates literally as "the pathos of things", and is used to refer to the awareness of impermanence and both a transient gentle sadness (or wistfulness) at their passing as well as a longer, deeper gentle sadness about this state being the reality of life.
During and prior to World War II, the cherry blossom was used to motivate the Japanese people and there were many military associations - for example Japanese pilots would paint them on the sides of their planes or even take branches of the trees with them before embarking on a suicide mission. The first kamikaze unit had a subunit called Yamazakura or wild cherry blossom

Cherry blossom symbolizing the intensity and ephemerality of life?
'Surely', thought FB to himself, 'this is going over the top as far as symbolism goes.'
When he strides out to bat, FB needs no further reminders of impermanence.
All he has to do is look at the 10 year old spin bowler at the other end.  The glint in his eye, the way his fingers wrap themselves round the ball.  It is all the mono no aware FB needs.
Posted by fantasy bob at 16:20 3 comments:

Fantasy Bob woke to find the headline The Force Awakens across all newspapers.  He was flattered - he did not think his preparations for the imminent cricket season had come to the media's attention. 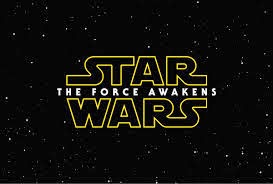 FB read on only discover the report was about a new Star Wars movie in preparation.  It was maybe just as well that the press had chosen to focus on Harrison Ford's efforts in preference to his own.  For the truth is that FB's preparations for the imminent cricket season have not being going well.

There has been a trace of ambivalence in Mrs FB's encouragement.

'You're not really thinking of playing another season are you?' she commented, the boldened letters cutting the air as she quietly, but purposefully, searched the internet for advice on Life Insurance Packages.

Meanwhile, FB returned his full attention to the extended search for his kit.  He finally unearthed it near the bottom of the pile of stuff Mrs FB had assembled over the winter for the Scouts' Jumble Sale.

'Oh,' she said in response to FB's arched eyebrow of inquiry, 'I didn't think you'd be needing that old rubbish again.'

She watched as FB's  trembling hands lovingly caressed his rediscovered bat. 'Those pink bits on the edges are nice,' she observed. 'Why aren't there any in the middle?'

Undaunted FB strode off to practice, a spring of sorts in his step.

After all his close season had been productive. He had spent the long hours of winter evenings with protractor and dividers in hand. He had consulted Euclid's Geometry (in translation). He had applied the principles of quantum mechanics to the problem. At last he was confident that he had found the answer to leg spin.

No longer would the juniors giggle at his efforts as his front foot went one way, his back foot another, his bat a third and the ball a mystifying fourth direction apparently not on the compass.

This year it would be different.  He would calmly wait watching the ball, he would see the rotations, he would effortlessly gauge the pitch and silkily move his front foot to the exact spot, his bat would come through an elegant arc covering the spin and the ball would zip to the distant boundary. There would be no doubt. He had established this from first principles and even had a diagram drawn to scale.  Just to be safe he carried the diagram with him.  What could go wrong?

FB's long suffering readers need not guess what happened next.

As FB turned to reassemble the stumps shattered by the latest of the long line of 11 year old leg spinners who had gone straight through him, he took the diagram out of his pocket.  What had he done wrong?  The youngster himself looked on, flipping the ball from one hand to the other, a kindly, but determined look on his face.

FB turned his gaze to his young tormentor.

'Yes, as Euclid himself advises.'

Some times FB fears that there is too much in modern cricket that is just passing him by.  Like most spin bowling.

He is forced to acknowledge that the Force, such as it is, has yet to awaken.
Posted by fantasy bob at 12:46 2 comments:

Fantasy Bob has little to add to worldwide sadness and affection at the death of the great Richie Benaud.  The voice of summer.

FB has long been aware of Richie's wise observation that captaincy is 90% luck and 10% skill.  Other than in its reference to 10% skill, Richie could have had FB in mind when he first spoke it.

But FB has taken Richie's wisdom even further.  Richie completed his quote with the suggestion that you shouldn't attempt captaincy without that 10% skill.  FB has done not only that, but has also dispensed with the 90% luck.

Exactly what his captaincy consists in is a mystery.  It is certainly a mystery to his long suffering team mates in the Carlton All Star 4th XI.  Maybe Richie could have made sense of it - but only he.