Fantasy Bob's understanding of England's epic struggle with New Zealand in the CWC was undermined by endless advertisement breaks and the total lack of intelligent observation from the commentary team.

However extensive research has enabled him to piece together a definitive scorecard of how the powerful England batting line up put paid to the hapless New Zealand attack:


FB is disappointed to discover that the New Zealand innings failed to register on his state of the art electronic monitoring station which is not calibrated in nano-seconds.  He is therefore uncertain of the outcome of the match.

However FB notes the comments of Mr John Inverdale that this outing gives further strength to the belief that England remain on track to win the Rugby World Cup.

Scotland play England on Monday with everything to play for.  Come on Scotland.
Posted by fantasy bob at 10:56 2 comments:

Fantasy Bob feels he has barely caught his breath since the last Cricket World Cup, on which, for some reason best known to himself, he felt compelled to comment on these pages; but he finds that the event is on him again.

The opening ceremonies have passed - mercifully, no Scottie dogs were pressed into service - and the teams are limbering up for the first of the 49 games that are needed to identify the champions.

FB is delighted that this time Scotland are among the 14 teams contesting, and equally delighted that 3 of his Carlton colleagues are in the Scotland squad - although it should be acknowledged that none of the 3 has yet reached the starry heights of playing under FB's stern captaincy in the Carlton All Star Fourth XI.  He hopes this lack of big match experience will not stand against them.

He can only wish them and the rest of the squad well.  For once the run into the tournament has been good - with solid wins over Ireland and Afghanistan and a magnificent run chase against the W Indies which fell just short of the 314 required to win.  Many commentators expect that 300 is going to be the going rate for an innings in this competition, so it was timely for Scotland show that they have the power in their batting line-up to get to that total.

Scotland come as one of four associate nations who all share a similar objective to put as much egg on the face of the ICC as possible.  This is the last time that CWC will offer such opportunities to mix it with the full member nations since the ICC have insisted that future tournaments will be on a format will make qualification a remote possibility.  So much for trying to develop and strengthen the game beyond the present powerhouses.  So FB hopes that Scotland can cause some upsets in their group games.

It will not be easy - for first up is host nation New Zealand who have had their best year ever and in Brendon McCullum have one of the better ODI batters around.  So good have NZ been this year that they are FB's dark horses for the trophy.

But first they have to get past Scotland.

This is also a hurdle that Australia face - and FB finds it hard to see past the Aussies for the title.  An explosive batting line up, Mitchell Johnson and a home crowd.

But first they have to get past Scotland.

England also face this challenge.  And England have looked unconvincing in the lead up to the tournament - that their new skipper (who should be playing for Ireland) is scratching for form has not helped them.  Easy meet for Scotland?  Wouldn't that be a fine thing?

Come on Scotland - do us proud.
Posted by fantasy bob at 15:07 No comments: 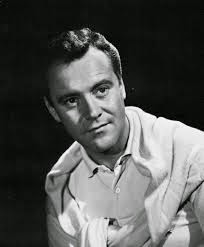 Fantasy Bob never batted with Jack Lemmon at the other end, so he cannot vouch absolutely for the veracity of Wilder's sentiment, but he thinks it must be right. For happiness is certainly watching any of Lemmon's fine performances in a string of classic movies and no more so than the great comedy Some Like It Hot.

Despite having no cricketing content, Some Like It Hot is well up FB's rankings of the greatest movies of all time and Jack Lemmon's contribution to its magic is among its highlights. Mystifyingly Lemmon was beaten for the Oscar by Charlton Heston performance as the chariot driving Ben Hur. 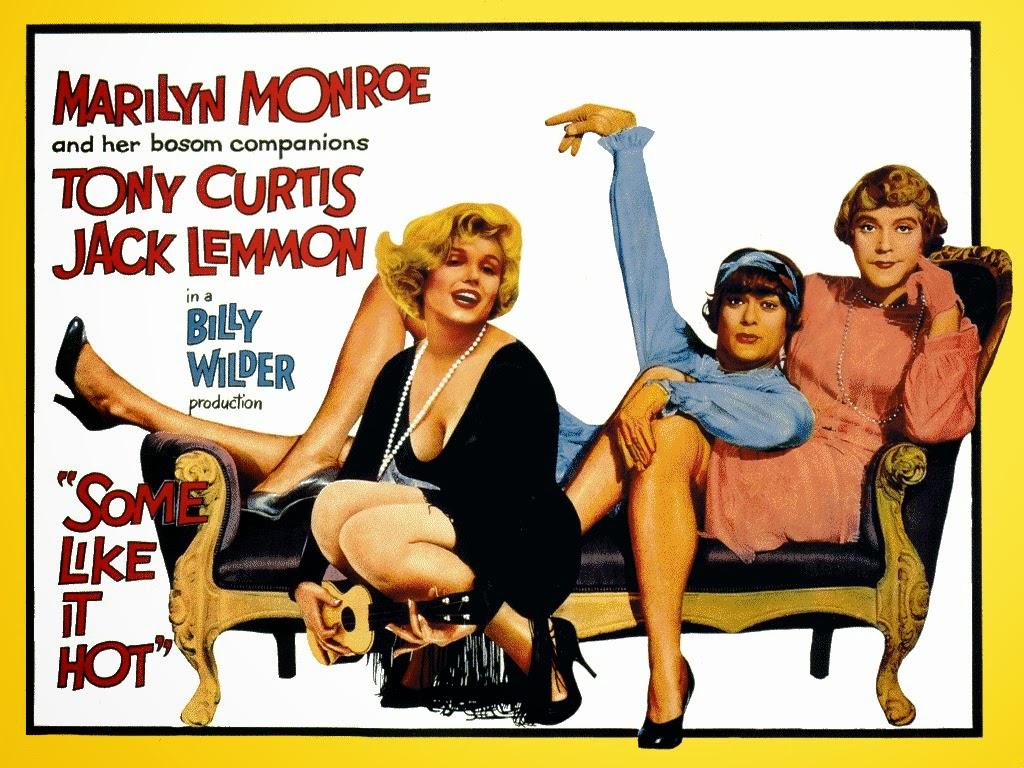 FB is sure that his worldwide readership can easily bring to mind the incomparable final scene in Some Like It Hot. Having breathlessly escaped from chasing gangsters Lemmon gives his admirer Joe E Brown a list of reasons why they cannot get married, ranging from a smoking habit to infertility. Osgood (Brown) dismisses them all; he loves Daphne (Lemmon) and is determined to go through with the marriage. Exasperated, Jerry (Lemmon) removes his wig and shouts, "I'm a man!" Osgood simply responds, "Well, nobody's perfect."

That final line seems perfect but the story is that it was put in by Wilder and his partner  IAL Diamond just to fill the space until they thought of something better. They are still thinking.

Do they recognise how the line resonates for lower league cricketers who have sat through the movie wondering what relevance it is to their cricketing interests?  Cricketers struggle - the cross dressing, the shimmering of Marilyn Monroe, Tony Curtis' Cary Grant impersonation - what does it mean to them?

But suddenly out of the screen comes the line they hear every time they trudge back to the pavilion having swing hopelessly all round a straight one - 'Nobody's perfect.'

They understand.  Delving a little deeper, cricketers will understand that the line does have a sporting background - while Wilder and Diamond were not noted sports enthusiast, Joe E Brown the actor who utters the immortal words certainly was.  Among his early work was a baseball trilogy and he broadcast on TV and radio for the New York Yankees - indeed it was this work that gained him the role in Some Like It Hot.  he was not the original choice for  the role that he made his own until Wilder and Diamond heard him at a baseball game.

Nobody's perfect?  But Joe E Brown is - and Jack Lemmon too.  Happy Birthday. 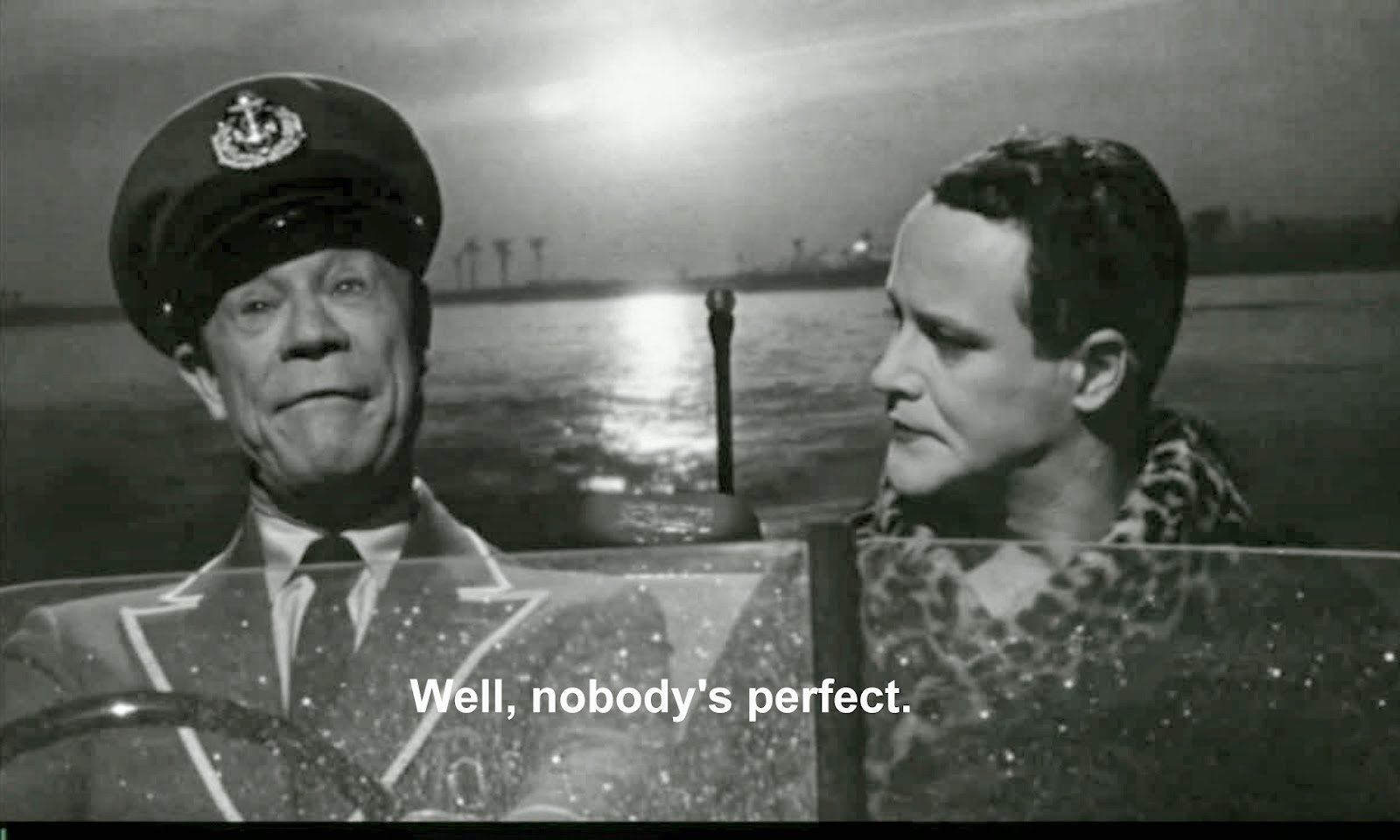