Fantasy Bob has spent some of the recently completed cricket season worrying about his variations. For he has noticed in reports of top flight matches much is made of the desirability of a bowler delivering variations. Line and length is out, variations are in. Coaches look for nothing else. Commentators obsess with noticing and defining variations.

This obsession has become all pervasive.  Even the fresh faced junior members joining FB in his All Star Carlton Fourth XI have got the bug. On being invited to bowl at a critical stage in a match, the freshest faced and juniorest of them will now inform FB, 'Going to try my new variations, Bob.'


For FB finds variations are over rated.  Perhaps the intense environment of lower league cricket is not a fertile ground for them.  But even in elite cricket he sees that batsmen now expect the change up - or change down (whatever that piece of coaching speak may mean) after 2 balls of the over.  They are therefore set up for the slower one - and off it duly goes over the boundary rope.  Or the bowler's control over the delivery is so fragile that a set of increasingly embarrassing wides follows.  Some variations.  The only surprise variation these days is no variation at all.

Variations might seem a new craze, but great bowlers have always been able to keep the batsman guessing.  Shane Warne or Wasim Akram, for example, may well have had 5 or 6 different deliveries which they could bowl at will.

But 5 or 6 variations pales into insignificance when the true greats come into view.  And the greatest of them all was incomparable.

In 1819 Anton Diabelli, who was a music publisher and minor composer in Vienna, invited a number of Austrian composers to offer a variation on a waltz theme of his own composition.  His worthy objective was to raise funds for widows and orphans of the Napoleonic Wars.

Legend has it that Beethoven, then at the height of his Test career, at first scorned the invitation thinking the theme was too banal for a composer of his talents.

However, whether in response to a financial inducement or just because Beethoven was that kind of guy, he eventually got stuck in and a few years later presented the world not with one variation but with 33 Variations.   Five and a half overs and not a single duplicate delivery.

No simple change-up or change-down for Beethoven - his piece is endlessly inventive and ground breaking.  The ball comes from the back of the hand, the front of the hand, across the seam, down the seam, top spin, side spin, over spin - and then some more. With good reason it has been described as Beethoven's greatest piano work and the greatest set of variations ever created.  FB is bound to agree - it certainly tops his own efforts to master the slower one.

33 Variations - that would keep any batsman guessing.

This link will take you to FB's favourite pianist Alfred Brendel playing this masterpiece.
Posted by fantasy bob at 20:24 No comments:

Fantasy Bob reads with interest that the ICC has banned Pakistan’s Saeed Ajmal following investigation of his bowling action. Analysis showed that his arm extended beyond the legal 15 degrees in all his deliveries.  The ICC have deemed him a chucker and no greater slur is known to the cricketer.

The ICC seem to have ramped up their approach on this aspect of the game this year. A number of bowlers have been reported, banned, investigated or are undergoing remedial action including Kane Williamson, and Sachithra Senanayake.

But as far as FB knows, no bowler in the lower leagues of the East of Scotland Cricket Association has been given this treatment, although speculation about unique bowling actions is a regular part of the Saturday afternoon discourse during many games.

FB’s own action is beyond question, if only because he is unable to bend any part of his body more than 15 degrees.

FB has suffered as much as any other lower league batter from the bottom feeding chuckers, but Ajmal is something different. A truly great bowler whose reputation is now probably slurred irretrievably. There are suggestions that the attention on him is a reflection of a long standing campaign by some to outlaw the doosra altogether.  It is unfair to batters, so they say.  FB has never encountered a doosra from the business end - for which he is truly thankful - but on these grounds he thinks the straight ball should be banned too.  It is unfair to batters - well to FB at least.

Some say that it is impossible to bowl the doosra without an illegal arm bend.  Illegal or unnatural? FB's attempt to bowl a doosra in the nets rendered his shoulder and wrist out of action for weeks. FB's investigations suggest that it may be something only to be attempted by the double jointed. And there’s the rub.

Murali was investigated time after time because of contentions that his action, and his doosra in particular, was illegal. Time and again he passed the assessment and revealed startling flexibility in his wrist and fingers being able to lay his thumb along his forearm. Shoab Ahktar had a similar hyper extension of his elbow adding to his already fearsome pace.   (See this slo-mo of him throwing).

So, is there no place for the double jointed in cricket?

Which brings FB naturally on to Sergei Rachmaninov, known to all cricketers as the composer of lushly romantic piano concertos, the Rhapsody on a Theme by Paganini, Vocalise and other sundry delights. The music that swells up all through the uber-romance Brief Encounter is his, and he is Classic FM's favourite composer.

But, despite all this, was Rachmaninov a chucker?

To FB’s knowledge Sergei Rachmaninov was never seen on the cricket field.  No one has therefore seen his doosra. But on the evidence of the complexity of his piano writing, many critics contend that Rachmaninov must have been double jointed.  His joints may therefore have flexed illegally during his Paganini Variations, not to mention his doosra.  This is something that the ICC, or Classic FM, need to consider with some urgency.

It is surely time it was established beyond doubt whether Rachmaninov's doosra laden Paganini Variations was a legal delivery.


Until that day dawns, cricketers will wish to approach his music, and his doosra, with caution.
Posted by fantasy bob at 09:30 2 comments: 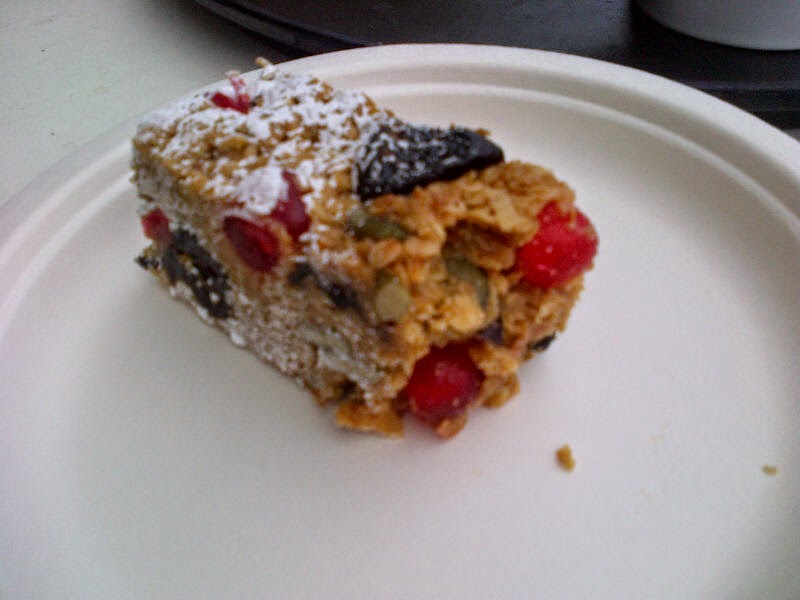 Fantasy Bob's longstanding membership of the League of Empire Biscuit Loyalists is not to be tampered with.  It is firm and unyielding.

Members of the League are clear in their conviction that the empire biscuit is the piece of choice in all circumstances, including imminent torture by leg spin bowling.

However FB's loyalty has recently been put under severe strain during a recent visit to the National Galleries of Scotland.

FB will spare his world wide handful of readers the fairly obvious observation that cricket is poorly served in the NGS collection of pictures.  Nor is there any representations of the empire biscuit - surely a fitting subject for artists.

Cricketers may therefore feel weary treading through its galleries, as did FB.  They may repair to the coffee bar, as did FB.

They will overcome their sense of disappointment that amongst the array of cakes presented there, the empire biscuit is noticeable only by its absence.

It was at this low point that FB found himself with a flapjack on his plate.  FB has always tolerated the flapjack as a workaday player; a journeyman county player; unlikely ever to merit Test selection. All too often it is a solid lump of  oatmeal and vegetable fat .

Not on this occasion.  This was straight into the Test squad -  a moist fruit laden masterpiece.  It was full of apricot, prune, pumpkin seed and glace cherry.  A masterpiece.

FB has therefore formed a new organisation - the League of NGS Flapjack Loyalists.  Joint Membership with the League of Empire Biscuit Loyalists is available now.
Posted by fantasy bob at 09:26 2 comments: