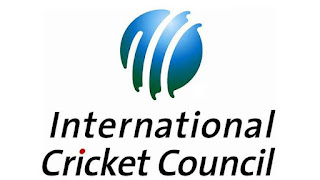 This week the CEOs of the ten Test playing nations met in a special workshop in Dubai. Important issues about the future structure of the game, including a two tier test structure, were on the agenda.  A subsequent statement advised the media that this option was no longer on the table but said that ‘there is an appetite from the ten full members for more context around all three formats of the game’.

Many struggled to understand what was meant by that statement.  Veteran cricketers muttered that they hadn’t seen so much flannel since proper cricket trousers were abandoned for polyester pyjama pants.

Fantasy Bob is here to assist.  Long suffering readers will know, from links such as this, that FB has unparalleled access to the deliberations of the organisation which guides world cricket so carefully.  He is therefore able to bring to bemused fans the following transcript of this week's proceedings.

So this two tier test structure thingy – who’s in favour?

Right, that’s six of you.  Who’s against?

..Two…three…OK four of you. A clear majority.

( A chant is heard in the background 'Reject, Reject')

But there were six for and four against.

That’s a majority in favour.

No it isn’t, India were one of the four.

Ah yes of course, then that’s a proper majority.  So no to two tiers.

Well, they can come and watch us play any time.

No they want to play Test cricket.

What’s the matter with them?  Lots of us don’t.

I know - why don’t we let the Associates play Test cricket………..

Now you put it in that context,

(The chant resumes 'Lunch Lunch')
Posted by fantasy bob at 21:48 No comments:

There was a touch of sadness in the elation at go ahead Edinburgh cricket club Carlton's triumph in the Scottish National Championship yesterday.  For it marked the last appearance for the club by Gordon Drummond, one time club skipper, one time Scottish skipper, quality all round cricketer and quality all round good guy. 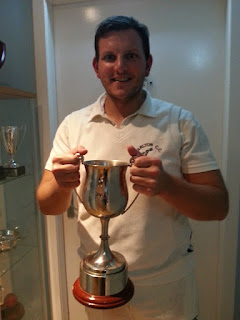 Those who have had the misfortune to follow Fantasy Bob's Witterings over a number of years will know his admiration and respect for Drummo.  FB will leave to others the statistical analyses of Drummo's on field contributions for Carlton and Scotland, the eulogies of his commitment to developing young cricketers at Carlton and elsewhere.  But he will share the following vignette which gives a measure of the man.

It had been a rainy Thursday afternoon.  FB had looked out of his office window at regular intervals as the sky first darkened, then lightened then darkened again.  Would cricket practice be on, he wondered?  The normally reliable airwaves were silent.  Did this mean that nets were on - or that it was so bleeding obvious that it was too wet?  FB swithered.  At 6.00 he set off more in hope than expectation.  Arriving at the bedraggled ground, he found a forlorn 13 year old and one other member of his own 4th XI going the other way - 'No point ,' they said. 'No one's here.'   FB thought he would wait on a bit just in case.  In case of what he didn't know.   Just in case.

Then Drummo, Scotland skipper at the time, purposefully entered the gate.  Did he notice that FB was the only one there?

A few throw downs proved a Drummoesque understatement.  An hour later, Drummo had gently pushed and prodded at what passed for FB's technique.  His uncontrolled forward lunge had been grooved into a fair imitation of a cricket shot. FB has never looked back.

FB was not a fledgling international, not a junior with potential - just another club cricketer needing a bit of help.  And Drummo was more than willing to give it, with every bit as much care and attention as he would in preparing for his next international.

And that is why there will always be a place in Carlton's 4th XI for Drummo should he ever feel the urge to don the whites again.