Fantasy Bob has been sitting at his keyboard for some time intending to share with his dwindling handful of readers an amusing anecdote revealing the impacts of the accumulating years on his mental faculties.  But he has totally forgotten what the incident was. 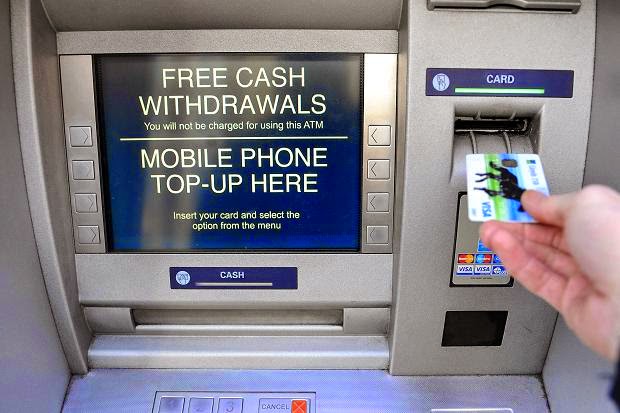 So this one will just have to do instead.

FB punched his PIN into the ATM - itself an heroic act of memory - pressed the buttons asking for cash and waited. The machine bleeped.  FB took his card, slipped it into his wallet and turned to continue up the road.

It was 5 minutes later that he had a vague feeling of unease.  He looked in his wallet. Empty. Not a freshly acquired bank note in sight.  The excitement of remembering his PIN had simply been too much for him and he had failed to take his money from machine.

He retraced his steps to the bank and shamefacedly explained his lacuna to the teller.  She was sympathetic.  She suggested he sit down.  The manager was called.  Did they fear a medical emergency? Forms were filled in and duly signed.

Within a day FB had received confirmation that the transaction had been cancelled.

The transaction may have been cancelled but FB's memory of his senior moment has not.  Indeed it has haunted him ever since.

Happening as it did just as the start of the cricket season is appearing above the horizon, this senior moment has filled FB with all kinds of apprehension.  Is the new season going to be dominated by such incidents?

Will FB one fine Saturday suddenly find himself in the middle of an expanse of grass with a piece of wood in his hand and say to himself, 'I know I came here for some purpose - but what on earth was it?'

At least on that scenario FB will have remembered to take his bat with him - he recalls an incident a season or so ago in which an opposing senior player arrived at the crease with pads, gloves and helmet all in approximately the correct place, only to find that his attempt to take guard was hampered by the absence of a bat.  As the batsman returned to the distant pavilion to retrieve his blade, FB faced the dilemma of whether to invoke the timed out law and claim the wicket.  Good sportsmanship prevailed. But it was time wasted, for the unfortunate batsman might as well have gone on without his bat since it was little use to him as he was spectacularly bowled first ball - his bat in hand no nearer the ball than it was in the pavilion.

Similarly, a lung bursting run to the boundary could leave FB with a slightly troubled look on his face as he asks an adjacent spectator - 'Why did I come down here?'

Even at the best of times FB's journeys to the boundary are filled with uncertainty of purpose and outcome.  In the unlikely event that he reaches the ball before it crosses the rope, he is faced with the challenge of how to return it without doing serious damage to his shoulder or, even worse, making a laughing stock of himself to the junior members all of whom without effort can throw the ball from one end of the ground to another.

And then, FB may look around the dressing room at his fresh faced colleagues and think, 'These people all seem familiar, but I have no idea who they are.'

Indoor nets?  Bootcamp physical training?  Maybe, but FB needs an intense few weeks of mental gymnastics to get him through the season
Posted by fantasy bob at 14:48 2 comments:

Fantasy Bob has long trained himself to accept that detailed examination of Mrs FB’s unique psychology is a risky business. On a par with facing leg spin bowling. The potential for FB to find himself playing down the wrong line is just too high.

He therefore likes to keep things simple.  He sticks to the basics. He can generally intuit whether Mrs FB's jewellery deficit index is reaching a critical level and take appropriate and timeous corrective action. And for the most part that is enough.

Sometimes he fails, of course, and has to face an extended spell of hostile pace bowling. But, by and large, he has survived with his wicket intact.

Mrs FB has therefore rarely indulged FB with reports of her dream world. She obviously regards it as none of his business.

But if Fantasy Bob had to guess the predominant themes that fill her head during sleep, he would plump for extended visions of our heroine sitting astride a chestnut mare, scanning the wide open ranges of Montana, a new Hermes scarf around her neck by way of a bandanna and specially commissioned gem-encrusted spurs from Stephen Webster glinting on her Ferragamo cowboy boots.

However his confidence in his understanding of his life partner's psyche was subject to a rapid reassessment the other morning.

He was quietly spooning porridge into his mouth when Mrs FB strode into view and advised him:

‘I’ve just had the weirdest dream.’

This came as a surprise to FB.

This came as no surprise. She expanded:

‘I dreamt I spent the whole day putting your cricket bat into the washing machine. When it came out it was all soft and bent like a Salvador Dali clock.  I must have put it in at the wrong setting.’

FB took a moment to compose himself.  He had to acknowledge that her suggestion that he was at fault may have some merit. Obviously, Mrs FB has been apprehensive about FB’s lackadaisical preparations for the coming season.  Her unconscious took the view that it might be time gee him up a bit.  It had decided to take control and, in the way of the unconscious throughout the ages, had got things radically wrong.

FB thought this might be a good opportunity to advise his loved one of the proper procedures for the pre-season care of cricket bats. Just in case her unconscious got hold of her in a waking state and she was tempted to put her dream into action.

And so for the next 15 minutes or so he waxed eloquent about linseed oil, about new grips and about using sandpaper and razor blades to remove marks and scars on the blade to leave a pristine surface ready for the first ball of the season.

Mrs FB awoke from the trance like state into which this eulogy had put her.  She got firmly to the pitch of the ball.

FB had to explain that these traditional actions were rendered unnecessary in his case by the fact that Gray Nicolls had kindly provided a plastic skin over his bat.

Mrs FB appeared unconvinced.  She swung through the line of the ball.

'Well that bat's all dirty – it looks like it could do with a good wash.'

FB didn’t feel he had made much progress in this discussion.  Indeed he feared the jewellery deficit index was approaching the danger zone.
Posted by fantasy bob at 09:00 2 comments:

News from the Art World

Fantasy Bob has returned from the Austrian ski slopes with all limbs intact to discover yet more compelling news from the art world.

A big slab of granite on which is written each defeat suffered by the English football team between 1874 and 1998 has sold at auction for £425,000, a sum which could justy about keep FB in empire biscuits for the coming cricket season.

Many Scottish football supporters have commented that they don't know much about art but they know what they like. They feel the warm glow of schadenfreude at the extended record of the misfortunes of their neighbours.  They note the repeated references to defeats by Scotland  - indeed the sequence starts with the 2-1 defeat in 1874 (which was played at Hamilton Crescent, home to West of Scotland CC). Surely this is on a par with the greatest scultputes of Michelangelo or Donatello.  £425,000 is a price well worth paying for such a masterpiece, which should take its place in Scotland's National Gallery.

FB is not so sure, for greater work may be in prospect of more interest to the cricketer.

The work was created by the Italian artist Maurizio Cattelan.  FB understands that Cattelan has  inspired by the Cricket World Cup and is working on a companion piece which will record all of the defeats of the English cricket team in ODIs.

Cattelan has expressed concern at immensity of the the artistic challenge facing him in planning this work,  'There may not be a piece of granite big enough.'