For reasons best known to themselves, the BBC has prepared a remake of the Beach Boys great song God Only Knows. As if the original could be improved upon.

In the way of these ventures, it includes a dizzying array of singers, each given one line of the song. There seems no reason for this, other than to reveal FB's inadequate grip on the fashions of the day in popular music. For, as each shiny new face looms out of the screen Mrs FB asks, 'Who's that?', and FB has no other response than 'God Only Knows.' 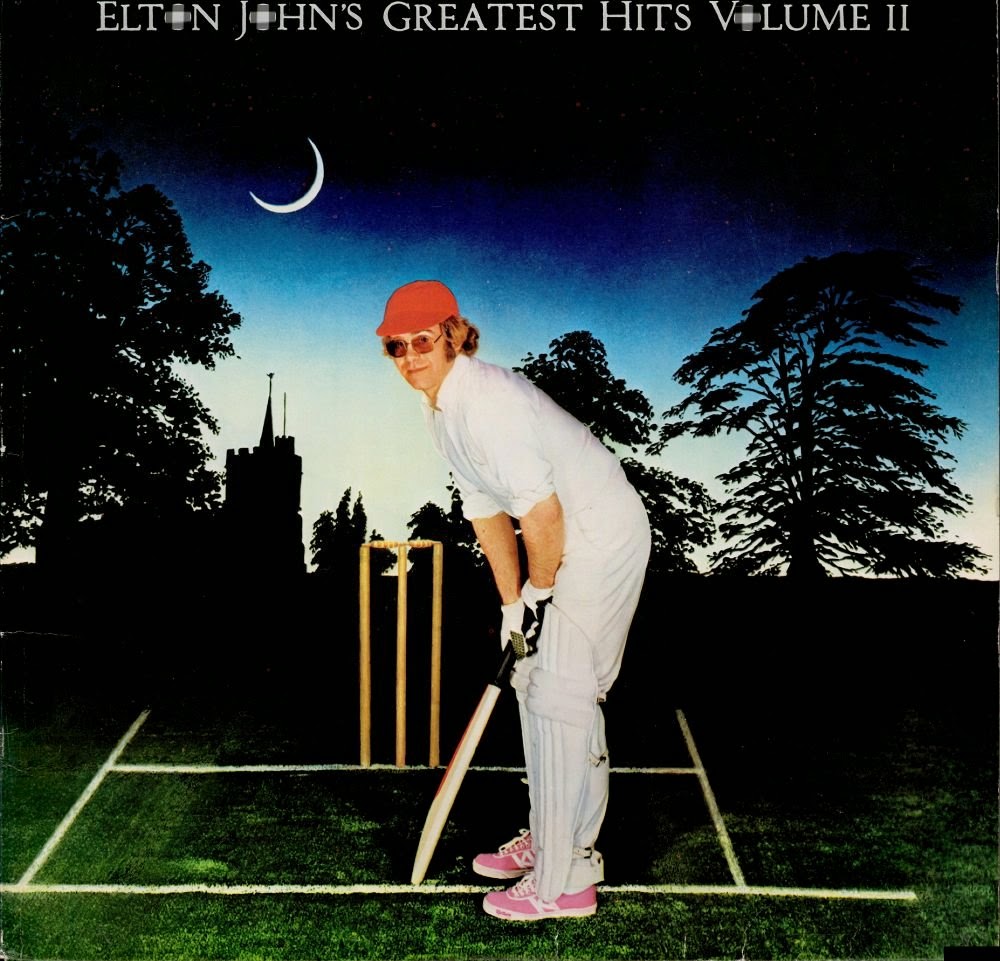 FB is fairly confident that none of the singers involved is a cricketer, although he recalls the cover of his long ago purchased copy of Elton John's Greatest Hits has him, for no accountable reason, batting by moonlight. He looks the part - and FB was interested to see he takes middle and leg.
But that's about it. FB does not fully understand this - for God Only Knows and cricket are inseparably mixed in his mind.

Even before play starts FB is met with a chorus of inquiry from older and younger team members, 'FB, are you ever going to win the toss again?' 'God Only Knows.'

Many times a season a fresh-faced junior will look up briefly from his I-phone and ask FB on his crestfallen return to the pavilion, 'Bob, that was a straight one - how did you miss it?' 'God Only Knows'.

Later, after his bowling has been tonked to all parts of the ground another junior will say, 'Bob, what happened to your line and length? ' Again FB has only one response, 'God Only Knows'.

And at the end of the day, crestfallen after another runless, wicketless performance, footsore, weary, his aching back complaining at every move, he soothes his pain with a refreshing drink with Mrs FB. His team mates ask her, 'Why does he do it? Why does he turn out every week?' She looks wonderingly at her life partner and answers them quietly, 'Not even God knows that.................'

PS - the Beach Boys original cannot be improved upon as FB has said - but to hear how fine the Beach Boys were here is the vocal track of that original separated from the instrumental backing - harmony singing at its best - Test Match Quality. 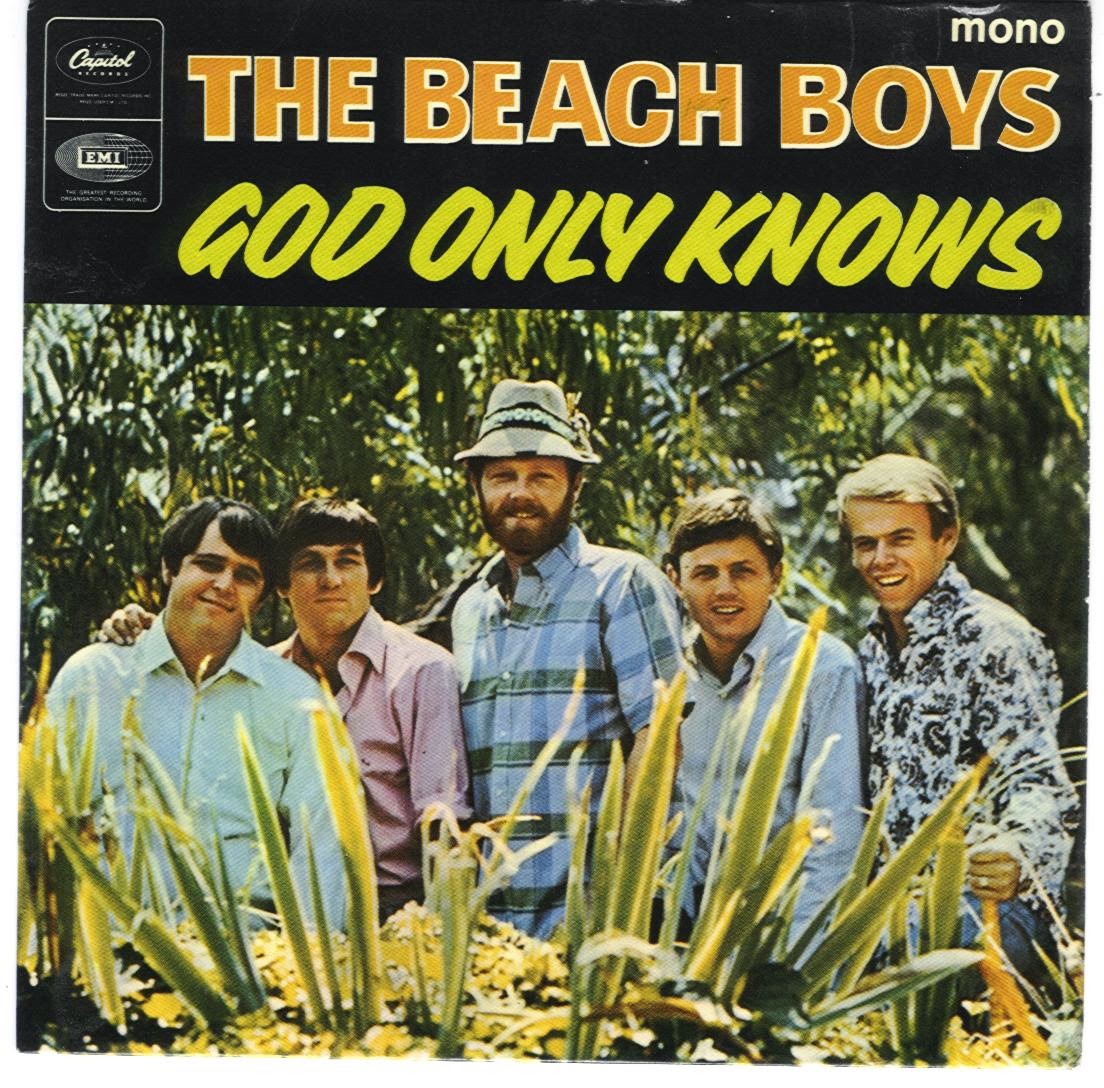 Fantasy Bob has observed before that there is no human misery that could not be made passably better by a spot of tap-dancing. 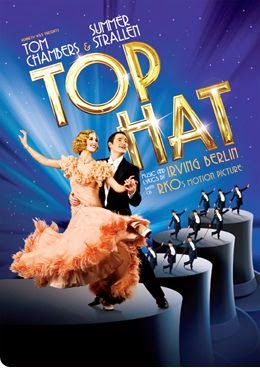 Generally he sticks by that philosophy: while current political debate might not acknowledge the argument's merits, FB is confident that the coming UK election will see the major parties make serious commitments to tap dancing as they draw up their manifestos.

Be that as it may, FB and Mrs FB recently enjoyed a performance of Top Hat - a stage presentation of the 1930s musical which has enough tap dancing to soothe most anxieties these troubled times give rise to.

FB has never had the chance to tap dance.  Mrs FB suggests that his possession of two left feet would be a significant hindrance to any attempt.  Of course Mrs FB has never seen his nimble dancing down the wicket to dispatch the ball to the boundary, far less his floating rhythmic run up the hill against the wind.  Had she done so, she would know that her anatomical aspersion is inaccurate.  FB has two right feet.

FB has therefore always admired tap dancing in others and no one tops Fred Astaire who shone like the brightest of diamonds in the film version of Top Hat which contains several magical dance numbers with Ginger Rogers.  Not even FB's world famous in-swinger can match the perfection of their presentation of Cheek to Cheek. Test Match Quality. 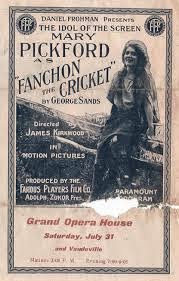 Regrettably, cricketers find little to interest them in the careers of Astaire nor Rogers - any interest stimulated by the knowledge that Astaire's very first film appearance was in a 1915 silent film with the encouraging title of Fanchon the Cricket is soon dispelled when they find the action revolves around a young wild girl Fanchon (played by Mary Pickford) who lives in a forest with her eccentric grandmother who is suspected of being a witch.  Being a witch of course could be a cipher for bowling leg spin, but there is no cricketing action to verify this reading.

The score of Top Hat was written by Irving Berlin, generally believed to be another non-cricketer.   Berlin can be considered the greatest of all song writers - he wrote over 1500 many of which are as popular and fresh today as when he wrote them - despite the shocking absence of cricket references in his lyrics.  But then it has to be recalled that Berlin was writing for an American audience whose interest in cricket was limited. For commercial reasons, he had to suppress his better instincts and write cricket out of his songs.

This seems a reasonable hypothesis for FB has unearthed this early version of the lyric of one of Berlin's more enduring numbers, which could almost have been written about FB:

(This great tune  - with its better known words - was included in the stage version of Top Hat where it sat very nicely - but it was written for another Astaire-Rogers film Follow the Fleet.)

It has taken Fantasy Bob too long to visit the summer exhibition at the Scottish National Gallery of Modern Art on the American Impressionists, now in its last week.

Of course, previous experience of such exhibitions had given him little cause to expect much of cricketing interest. And the presence of American in the title also reinforced his lack of expectation - American impressions of cricket are generally less than illuminating.

So he had not set his hopes high and was duly not disappointed by them being dashed.   He can report to his faithful readership that there is nothing of cricketing interest in the wide array of pictures which are full of charm, colour and sunlight and depict people and landscapes at the turn of the 20th Century.   It is a most enjoyable show.

But as he came away from the show something nagged in FB's brain.  Had he been too cavalier in dismissing the cricketing content?   John Singer Sargent's picture of his fellow painter Dennis Miller Bunker Painting at Calcot kept coming back into mind.

﻿
Now,  FB's worldwide readership will be familiar with Singer Sargent as a great society portrait painter and creator of what FB considers his favourite painting in the National Galleries of Scotland. Despite a long residence in England, Singer Sargent did not see fit to include cricketing subjects in his work. A grievous failure.

But in this charming picture cricket seems to have slipped in. For although the title suggests that the subject, standing to the left, is painting, his atire - his whites his blazer and his white cap - are far more appropriate for cricket.
FB is not aware of anyu other picture claiming to show painters at work when they are dressed in cricket gear.  So there can be no mistake.  Sargent's title is deliberately misleading.
The so called painter depicted is taking a few moments before donning his pads to bat in the game proceeding behind him out of the picture's frame? If so, it might be a dull game for the young lady seems to be taking no interest in proceedings. It could therefore be the tea interval.
If Bunker was painting there is no clyue as to what his painting depicted.  The game in progress may well be the subject of Bunker's painting but it has been lost from his surviving work.  (Bunker himself was an artist of some note but sadly died at the age of 29 in 1890).

There is further mystery in the painting. The location is given in the title - Calcot is a suburb of Reading. But there is no record to suggest that there was a cricket club there at the time of the painting being made - 1887. Of course there are other cricket clubs in the vicinity, but not at Calcot. The painting therefore must be painted there and not at Calcot - so why should Sargent mislead?    What was he up to?

1887 might have been an inspiring year for any cricket painter for it was the driest summer for nearly 20 years and this fact and the developmento f the heavy roller in pitch preparation meant that it was a good year for batting. Arthur Shrewsbury averaged 78.71 for twenty-three innings, beating W.G. Grace’s 1871 record of 78.25. This itself was not beaten until Robert Poore averaged 91.23 in 1899. Shrewsbury’s innings of 267 against Middlesex, at 615 minutes remains the longest innings ever played in a county match. W.G. Grace for the third time reached 2,000 runs for the season.

So there was lots to depict if only Sargent had looked.  Instead he played clever tricks pretending to show painters in action in a place where there was probably no cricket.  It's this kind of thing that gets art a bad name.
Posted by fantasy bob at 14:07 2 comments:

Fantasy Bob enjoyed - and he uses the world loosely, rather in the sense that a heretic in 15th Century Spain might have been said to have enjoyed the services provided by the Spanish Inquisition - his now annual visit to the golf links this week.

No holiday in Scotland was complete unless FB energetically visited a course close by and undertook a charitable redistribution of golf balls by leaving them in the bushes where the local poor could find them.

It took many years until he finally concluded that hope was not going to triumph over experience, and FB became well and truly scunnered with golf.

So this week his expectations were low as he set off with playing partners.  No Ryder Cup  inspired excitement excited his walk to the place of execution.  Even that pessimistic assessment proved to be optimistic.

His first drive found a fairway bunker, so the tone was set early on.  Indeed bunkers seem to have been left lying around this course in a most careless fashion - the designer evidently benefitted from an end of season sale of bunkers at his local IKEA and just left his burgeoning stock any old where.  FB's visits to the sand were therefore more frequent than on many of his beach holidays.

Scunnered became too polite a word to describe his condition as he attempted yet another excavation from the sand.

However his round (if such a shapeless and ill formed experience can be so described) was remarkable for one factor.  He kept his ball from the first tee to the 18th green.  This is a fact worthy of headline news.  It may never have happened before.

But FB found himself wondering if it this achievement was worth the effort.  Did it have any point?

For deep in FB's hall cupboard is a collection of golf balls that would excite the envy of millions. Two full show boxes and more - garnered from FB's many visits to the rough during his years of obsession.  Occasionally thery overflow and roll into the shoes and boots that also inhabit the cupboard, but not in such great numbers.

This is to the irritation of Mrs FB, who does not enjoy stubbing her toe on a Titleist NXT Tour.  FB's assurance that its soft balata cover gives maximum feel does not impress her.  Through gritted teeth she remarks,

'You should do something with your balls. Before I do it for you'