The teenager next door appears to have been given a drum kit for his birthday.

The tranquil peace of Fantasy Bob and Mrs FB's evenings is therefore disturbed by a cacophony of snare drum, tom toms and hi-hats crashing through the wall.

The young man seems to feel that he has a musical bent. For he has progressed from the piano through the electric guitar  Neither the piano nor the guitar appear to have been loud enough for his finely tuned ear.  The drums are suitably placed at the end of the loudness spectrum.

FB is finding this daily concert tough listening.  He is never one to thwart young ambition - as the junior bowlers of his go ahead Edinburgh cricket club will attest. For FB's comic efforts to keep their spinning deliveries from his stumps have given many of them the impetus they need to develop into decent leg spinners. However the young percussionist does not yet appear to have been persuaded that the purpose of the drummer is to provide a rhythmic drive. So far his repertoire is based on the belief that volume is an adequate substitute for a steady beat.   It is like taking up bowling without recognising that the stumps are to be aimed at.

FB regrets that he was not more persuasive in his efforts to get this young man to take an interest in cricket.  Had he been successful, he could be listening through the wall to the pages of Wisden being turned of an evening, perhaps with the gentle tapping of the bat on the bedroom carpet as the youth perfects his stance in front of his wardrobe mirror.  He might even hear the occasional aspirated 'Thwack' as he imagines the ball speed off the middle as he mimes a perfect cover drive.  But FB's efforts came to nothing and he is punished nightly. 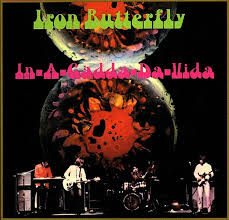 FB's has always been willing to accept the necessity of the drummer in pop and rock.  He might at times have admired the contribution to their ensembles of such as Ginger Baker or John Bonham and confesses to a passing affection even for Ringo Starr.

However he never quite got the point of the drum solo - notwithstanding that rock concerts always featured one. It seemed nothing more than an opportunity for the audience to talk among itself.

FB recalls thinking that those 5 minutes seemed an eternity   What he would give for a mere 5 minutes now.

Mrs FB, as always, is tuned to the positive. Removing her ear plugs to engage her dear one in conversation during a brief pause in the clattering, she remarks, 'At least it means I don't have to listen to you droning on about how you were on for 50 last Saturday until you played all round a straight one..........'

Everyday I have the blues 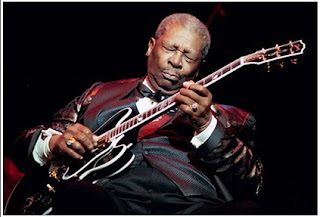 Fantasy Bob imagines that there are many fitting tributes to the lately deceased great blues guitarist BB King.  However he suspects that his will be the only tribute in the form of a match report for a lower league cricket match.

Only once before in the overlong and undistinguished history of this blog has FB made reference to one of his match reports which have blighted the Sunday mornings of many unsuspecting readers who have turned to the website of the go-ahead Edinburgh cricket club Carlton for information about how the clubs 4 teams have fared in their weekend fixtures.  Many have read the reports many times and still failed to establish any inkling of the outcome of the match.

So it is with some shame and trepidation that he provides this link to the report of the weekend' match between Carlton 4th XI and Broomhall 2nd XI.

Readers may beware if this doesn't give them the blues, nothing will.  And just in case they struggle, Carlton won despite FB's attempts at captaincy.
Posted by fantasy bob at 21:55 No comments:

Fantasy Bob's resistance proved useless. Mrs FB would brook no ifs and buts. 'You are going to sip prosecco by the side of the Grand Canal and like it,' she said with a touch more emphasis than seemed necessary to counter FB's strangled objection that her planned trip to La Serenissima fell in the early weeks of the new cricket season. 'Anyway I've only booked mid week so you'll be able to play on Saturday.' She paused. A steely look came into her eye. 'That is, if you are selected.' 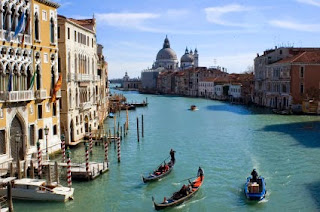 Again there seemed an unnecessary amount of emphasis - but FB was unable to inquire as to what she was implying for she had immersed herself in the Rough Guide to Venice's pages on jewellers and proved impervious to further discussion.

So it was that FB did find himself sipping prosecco with his life partner, and friends who claim to be among his handful of worldwide readers. He sat in the evening sun by the Grand Canal with guilty enjoyment as he thought of his teammates toiling through a series of exacting fielding drills in the cold Edinburgh evening. He sighed wistfully. 'Ah,if only,' he thought, as a gondolier o-sole-mio'd his watery way past 'Ah, if only I could be there.'

'Don't be daft' came Mrs FB's voice through his reverie, 'you haven't done fielding practice for years - you know it does your back in.'

FB's attempt to engage the company in discussion about the possibility of changes at the top in the ECB met with stony silence, almost as stony as his earlier offer to talk them through his two catches in the weekend's matches. He glumly returned to the consolations of his prosecco with the conclusion that Venice had little to offer the cricketer.

A conclusion that the next few days did little to counter. During FB's tour of the Palazzo Ducale - or Doge's Palace - he found himself in front of a painting entitled Paradiso, painted in 1590 by Jacopo Tintoretto, whose bowling action remains uncertain.
This is believed to be the largest painting done on canvas, it covers one end of what is said to be the largest room in Europe. The painting measures 74ft by 30ft - in other words it is as long as a cricket pitch and as wide as 3.


But despite the coincidence of measurement, there is no indication that Tintoretto had cricket in mind when he embarked on this work, the last major work in his long and wonderful career. FB would have supposed that the subject of Paradise would have been bound to have some reference to cricket - a view of the Lords' Pavilion perhaps - or a picturesque village green with a game in progress. Instead there is a dizzying swirl of animated figures foreground and background. Various activities seem evident - but nothing associated with cricket.

Art critics are divided about this picture. It is too easy they say to be overawed by its size and the grandness of the design. But they are less than happy about aspects of the execution. FB must add his reservations to these. To call a painting Paradise with no indication that there is cricket to be played in the after-life is sloppy in the least, and verges on the heretical.

It maybe that Tintoretto was himself aware of this fault in his work. For historians tell that when he
was asked to name his price,he declined leaving this to the commissioning authorities. When they tendered a handsome amount he is said to have given a sizable chunk of it back. Obviously, he was ashamed of his error.

The start of Fantasy Bob's cricket season was welcomed last weekend by a stinging blast of Arctic air dropping temperatures towards zero and beyond.  Play was interrupted by freezing showers and hail. In other words, the conventional start to a Scottish season.

Traditional folk wisdom knows all about this.  In FB's native North East Scotland, the Teuchat Storm is the name given to the days of poor weather that invariably come in early spring.  Winter's last cruel hurrah.

The teuchat also plays under the name of the peewit or lapwing - and the storm is associated with their arrival back from their wintering grounds.
Other parts of the country refer to this weather event as the Gowk Storm - the gowk being the cuckoo.  Yet other parts refer more prosaically the Lambing Storm - the lambing not being an ornithological term of any significance.

FB is no great ornithologist and would struggle to recognise a lapwing or peewit even if it was batting at the other end with him. However he notes with sadness from the website of the RSPB that this bird has suffered significant decline recently and is now classified on the Society's Red List. Conservation measures are required, particularly the restoration of habitat.

As a red list species himself, FB has nothing but concern for this position.  If by some tragic set of circumstances the Teuchat were to disappear, would the storm to which it gives its name also disappear?  Would cricketers take to the field for the first time in the season confident in warm and balmy weather?  No chance.  So that burst of weather would have to be renamed.

The storm is also associated with the arrival back of cricketers from their wintering grounds.  But cricketer storm is too everyday and obvious a term.

Given that when the height of the storm bites, when the wind whips the hail hard into the face, FB invariably finds himself stationed at the point in the field furthest from the pavilion, he suggests the Stuck Down at Deep Long Leg Again Storm.